Here’s how the inspiration for this show went down through email.

1) You don’t have to write your autobiography, but you do need to think about it. It’s a way of measuring how far you’ve come, what goals were worth it/not worth it, what went wrong/right, and what trajectory you’re on. Very important, trajectory. If you don’t adjust now, the next five years will probably be like the last five.

2) The rule for getting testimonials — go deeper when someone offers a platitude like “it’s great” — applies here. When interviewing old people, they also tend to give pat answers. “It was fine.” “I was scared.” “It was the happiest moment of my life.” Simple “why” questions bring up the story behind the platitude.

3) “Mirroring” (talk therapy tactic) someone’s speech also works to get at the deeper stories. “The birth of my daughter changed my life.” “It changed your life.” “Yes, in ways I never dreamed.” “In ways you never dreamed.” “Yes, I felt more alive, like I’d arrived…” etc

This also works with yourself. To start your autobiography (whether you actually follow through and write it or not), write out some questions. What was the high point of your life? The low point? When were you the most scared? The happiest? What were the turning points of your life?

More likely, having these questions segmented by age — childhood, youth, early adulthood, middle age, etc — gives you different answers. An autobiography of just these “high/low” points would pretty much describe anyone very well

4) Best tactic for an autobiography: Something I picked up from Steven Manning, who wrote “how to write a book on anything in 14 days”. Great guide. I wrote “Kickass” using his tactics — set up 20 chapters, each a main theme, plan on one supporting sub-theme per page, 10 pages (average) per chapter. 200 page book.

If the “theme” thing bothers you — and biographies that start with “I was born in Pomona on Saturday the 15th” will bore the shit out of anyone — then use another Manning tactic: Choose iconic objects.For me, some sample chapters are “couches I’ve slept on”… “cars I’ve owned”… “bands I was in”… etc. Quick way to get into the stories that define who we are. Couches, for example: I was sleeping on one, homeless, living out of my car, when I had my epiphany that began my career. I also got laid on, and behind, several others — which leads to who the women were, what the situation was, how I got there, what the consequences were. They played a role in my script.

Same with all the other iconic objects. I can’t explain the bands I’ve been in without describing the situation of my life around them — high school, college, middle age — and the people involved. It’s a great, easy way to come in the “side door” of telling your life’s story.

“Forced storytelling”, in a way. The natural first question after saying “couches played a role in my life” is “how?” What follows is your story

5) The trick is to find the hooks, the themes, the iconic moments and play off of them. Your life isn’t just a series of years slogging by (“when I was 17, I made the varsity basketball team”), but a series of tales that — when told right — involve drama, pathos, comedy, tragedy, all of it.

6) Finally… if your life truly is boring… why are you allowing this to happen? Shame on you.

Goddamn great stuff. What if, rather than just giving people an outline for how to write their biographies, we cover cars we’ve owned as an example.

We can each choose one and tell the short version of our life during the time of that car.

We can still explain the tactic to keep it specific to a writing lesson, but I think the real meat would be in the stories themselves.

What do you think?

’62 Chevy Impala. Or the ugliest car ever made, my ’80 Celica GT 5-speed lift back. Cockpit like a spaceship… yeah, I’ll probably use that one… Though they’ve all got stories…

Excellent. This is gonna be good.

Got a photo with you and the Celica?

I’m going with the ’84 Delta 88. First proper “road car”. Who knew it was also the preferred sled of drug traffickers in the south? Lost count of how many German Shepherds sniffed that trunk. 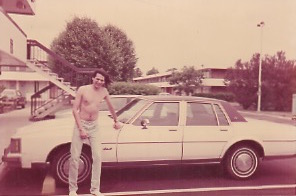 Here are two shots — one good one of the car, with me. The other is my favorite, me and Zen Dawg up in San Luis Obispo, looking like hoods (or “Miami Vice”, as you once said when I posted it in the Gonk group). Either will do. Or, hell, both. Why not… 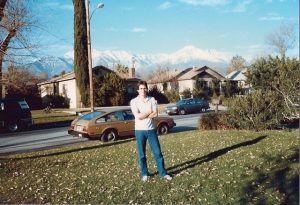 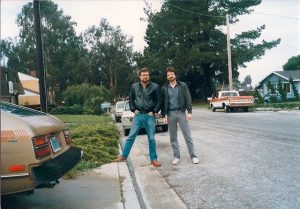 Cal Fussman’s What I Learned

Remember, we created this podcast for YOU, so take a minute to leave a comment below to tell us what you think. John and Kevin both love to jump in and mix it up with our listeners…

As always – be sure to use the social sharing buttons below to share PI4MM.com with your friends and colleagues – we’re all on this ride together.

If you love the show (and let’s be honest, who doesn’t?) you can support us by subscribing and leaving a review on iTunes. We’ll keep doing them as long as you keep spreading the good word!

Get signed up for news from show producer Brian McLeod’s ProductSpeed.com

5 thoughts on “PI4MM29: How Do You Want To Be Remembered When You’re Gone?”