In this episode, we start off exploring Abraham Maslow’s psychological theory called the “Hierarchy of Needs”. 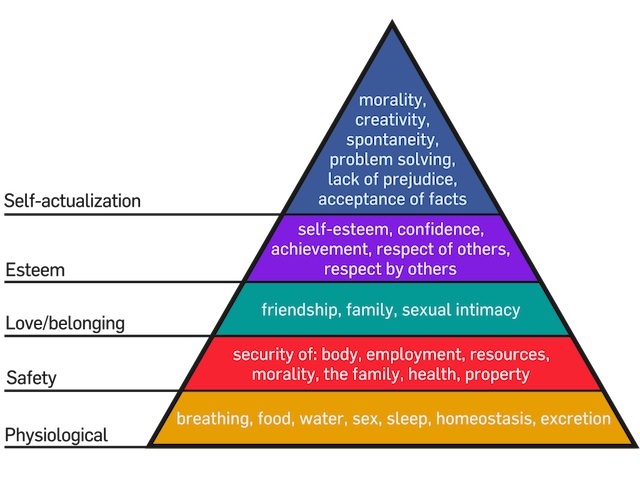 But it didm’t take us long at all to veer off into the fertile soil of stand up comics who’ve found success and struggled to stay in touch, along with famous directors and guru marketers…

Some notable topics from this show: